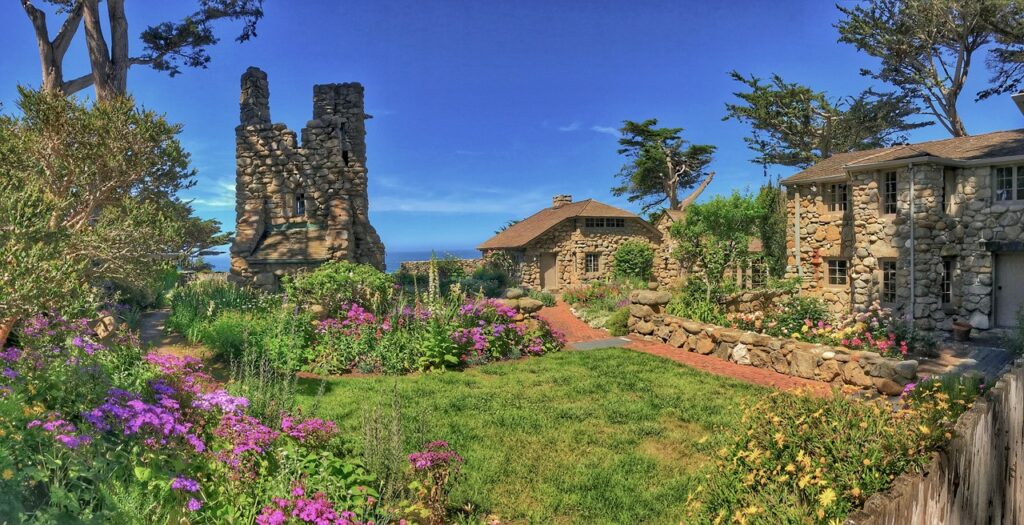 To maintain and preserve Tor House, Hawk Tower and their collections; to promote the literary and philosophical legacy of Robinson Jeffers; and to serve as a cultural resource for the community.

Given the pandemic’s continued effect on our programs, our Big Idea is to continue and add to the important work we started this year: to build those programs and to go beyond the poetry and life of Robinson Jeffers—the focus of our tours—to the influence Jeffers’s poetry has had in the arts and in ecology, and to his sensitivity to social justice issues. Our priorities will be to increase the number of tour docents; to continue our highly successful Fellow Program which brings artists from all fields to Tor House for inspiration; to develop programs which focus on Jeffers’s influence on the arts, his ecological prescience and his sensitivity to the indigenous peoples whose land he lived on, his friendship with Langston Hughes, and his support of the return of the Japanese-Americans who had been interned during the Second World War.

…we walked reverently through the house. But we didn't know why we were reverent. At least not in the way we knew it five days later….our awe came from encountering the ruins of a myth rather than the traces of people. Over the course of the week, my daughter and I…began to feel we were living with Una, Robinson, and the twins—the people, not the myth. …I spent time painting in the dining room, doing watercolors in the yard, and writing in the tower. The truth is I don't know exactly how it happened… [but] when we walked the house the morning we were leaving, I was reverent again, and I think my daughter was too, but my reverence then came from appreciating Jeffers's ambition to breed the steely hawk with the wood cupboard under the attentive watch of the stars, the children, the sea, and a narwhal tusk.